The week has rolled by once more - and I had meant to write a post mid-week, but never quite got round to it! Sorry, folks. Never mind, I can't imagine everyone was exactly waiting with bated breath, so I won't worry too much!

I think yesterday's Pan Haggerty was the star of last week's food - it was a very basic sort of dish, but really enjoyable. I added about a quarter of a small head of cabbage into the mix, which worked, and we had the Pan Haggerty with a tin of baked beans. It's certainly a dish I'll be making again. 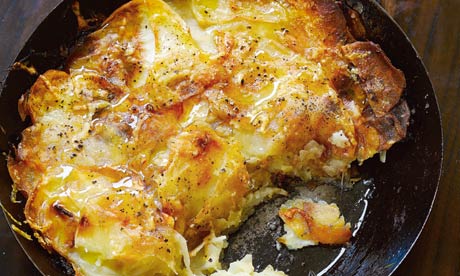 I see that I have a couple more followers - a lovely thing indeed.
So, a Big Fat Dormouse Welcome to

So, what do the menu plans look like this week?
TODAY
(meat)

Hairy Dieter's Crispy pork schnitzel with potato salad and other salads
This is the original Hairy Bikers' recipe which has been "re written" for the Dieters   among us...there is no parmesan or egg in the crumb coating, but rather natural yoghurt to help the breadcrumbs stick to the pork. The schnitzels are misted with spray oil and baked instead of fried. The potato salad has red onion, celery and apple (though I may add a few cornichons too!) and is made with 2 tbsp light mayo and 2 tbsp natural yoghurt (low fat) instead of the creme fraiche and ordinary mayo. I think it's a good example of how "normal" recipes can be reasonably easily remodelled to cut out a lot of excess fat, without losing out on taste - which, in my opinion, is what the Hairy Dieters do well.

Hairy Dieters' Leek and Mushroom risotto (Theirs has chicken in, making it 317 calories per portion. I'm replacing the chicken with leeks, so I guess the calorie count may go down a little with that) TUESDAY
(fish)
Haddock in a tomato-basil sauce
excapt we're having pollock, as there was no haddock in Carrefour (églefin, in French, in case you're interested) We'll have this with a baked potato and salad.


Mr FD's cooking day - we're hving Healthy Pasta Carbonara In order to get some veggies into the meal, I'll get Mr FD to add a couple of leeks to the mixture. That will bulk it out and give us one of our five-a-day.

THURSDAY
(fasting)
(meat)
Nothing except some veggie soup, and lots of drinks, all day. Then in the evening, we'll have
Chicken with celeriac cakes - this link is to an earlier post where I gave the recipe foer the celeriac cakes. I'll roast the chicken, and we'll have a sauce made with cider. It's not exactly low calorie, but it's not exactly high either - just over 300 calories the lot.

Vegetarian lasagne. Similar to this, but I'll cheat by using a can of ratatouille, and frozen spinach. It won't be so big either - only serving 4 (and I'll put half in the freezer).

I don't know - it's 1st March and I haven't planned March's menus yet. Watch this space!

What else have I been up to this week?

Angela and Jo - I'm not sure you would be an emotional wreck after "Philomena"...I cry easily and though I did shed the odd tear, I wasn't too bad! I think that the Catholic church, as an establishment, isn't shown in a good light, but individual Christians - Philomena, herself, for example - are shown as normal, broken but ultimately Christian people! (If that makes sense!!)

I'm glad that Keith also enjoyed the film. We are lucky to be reasonably near Roanne where VO films are shown quite frequently and Mr FD keeps a sharp eye on various websites to see what's coming.

He is an avid listener of the Mayo and Kermode film review show on Radio 5 Live, so he always knows what is coming up soon, and what has been recommended.  I must admit I enjoy listening to the podcasts in the car. Mr FD puts them onto CD for me, and even though the actual films being talked about are way out of date, I still really enjoy the discussions. 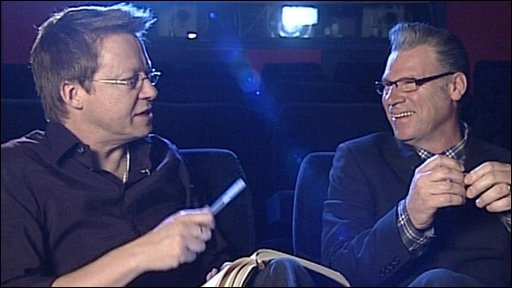 And I think that's about it! I hope everyone has a good week, full of healthy, delicious food.
Labels: 5:2 diet food menus recipe weightloss