Goodness me! It's been a busy week and an even busier weekend!

I had good intentions to write about our trip to Lyon two weeks ago, but somehow that went out of the window! I have been busy with work - always a good reason to be short of time! - as I took on two more students this week, on phone lessons. I have almost reached saturation point and in a couple of weeks I'll be losing my planning morning (Tuesday) as I take on another face-to-face student. It means I'll be working at the weekend too, as I won't have time to plan during the week.

This weekend has been manic too: we've been cleaning. deep cleaning. You see, we have good friends who have come out to their holiday home for half term. We have invited them for a meal on Tuesday, together with Monique & Michel across the square - we feel that everyone will get on well together. However, Hazel is  very allergic to cats...and as you know, we have four of the beasts! 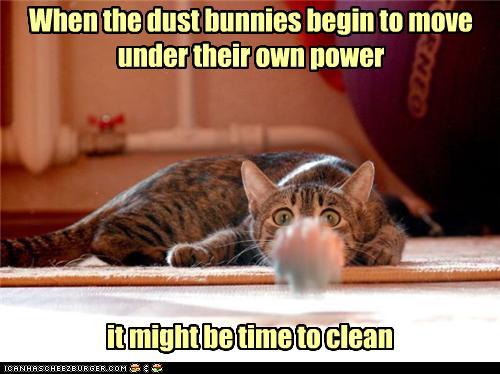 So, Mr FD and I spent yesterday cleaning and hoovering and mopping the floor of the big downstairs room. We stripped the chairs of their covers and washed them, we removed a lot of cat un-related mess plus a lot of cat related mess (one - or more - of our cats seem to have forgotten that litter trays are provided for peeing purposes), we dusted and wiped. Then this morning Mr FD spent several hours steam cleaning the two sofas, the floor, the rugs and the little pee-stained corners... We have now covered the chairs with sheets which can be removed when Hazel et al arrive on Tuesday, hopefully minimising the cat hair/dander/saliva that sets her off. We'll also confine the cats to barracks on Tuesday evening.

While Mr FD was going mad with the steam cleaner this morning I was cooking up a rather delicious smelling lamb madras. It will sit in the fridge for the next couple of days, deepening in flavour, until Tuesday evening. Because we've invited our friend Richard, who is vegetarian, I have to cook some veggie dishes too. That will be done sometime on Tuesday, in between lesson preparation and phone lessons.
The menu is:
STARTER: Hugh Fearnley Whittingstall's Tahini dressed courgette and green bean salad.
Yes, I know it's not Indian, but it's delicious and it's simple! And I can at least partly make it in advance!
MAIN COURSE: Lamb Madras, River Cottage's Potato and Chard curry (made with a mixture of spinach and bette leaves), Red Lentil Dhal, and Mushroom Bhaji.

Dave & Hazel are bringing naan breads and mango chutney. I've got some poppadoms in the cupboard that need using too, so I think we'll dispense with rice.
PUDDING: Chocolate Banana cake (made it today) - not quite the recipe I use, but close enough! We'll have this with ice cream. Again, not very Indian - but I'm not sure what is, except for kulfi, or those tooth-achingly sweet sweeties.

So we won't be eating for a week after that!!

I have also spent part of this weekend making cards -one for my friend who has her Christian "birthday" shortly. We both said "Yes" to Christ in the same week in 1977 (I think!) me at the Christian Union at school, and she at a prayer meeting a few days later. Since then we have always sent each other cards, and, to be honest, there have been a few years when I have been grateful that my "birthday" came before hers, as I've only been reminded by her faithfulness!!

This is the card I made: 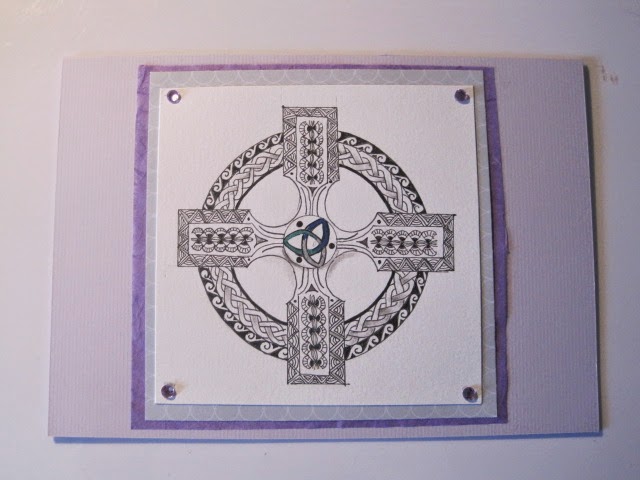 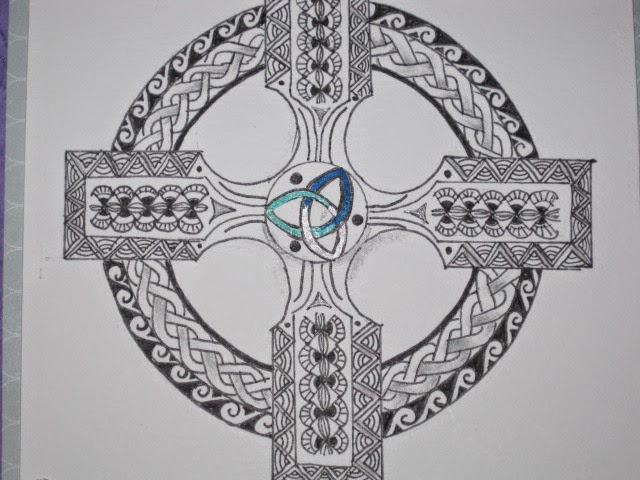 Of course, it had to include Zentangling!

The other card was for the daughter of one of my students. A couple of times Didier has been unable to get childcare for Louise, his 10 year old, when school is closed, so she has come along and sat in on our lesson. Once it was just Didier and Louise, so we were able to spend more time chatting (in English, bien sur!) and teaching Didier "Heads, Shoulders, Knees and Toes"! Well, last week Didier brought in a gift for me - a lovely little cat statue made by Louise! (He is a potter, and obviously she has inherited his talent!)

On one side there is a happy cat... 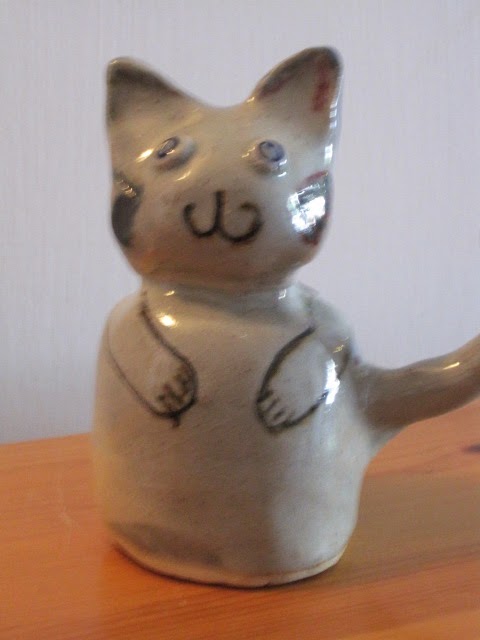 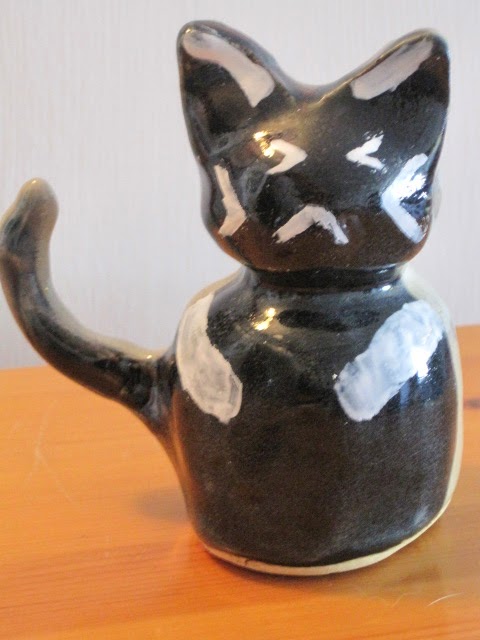 So I had to make her a Thank You card (already sealed! I forgot to take a photo!) and I made her a bookmark, and popped in one of the cat badges that I received from a blog swap a few months ago.

And the other busyness has been attacking the huge pile of ironing, mostly caused by the fact I swapped my winter/autumn clothes for my spring /summer ones...I seem to have far too many clothes which are worn over far too short a period!! I've already spent one session ironing and I still have more to do! I also need to iron a tablecloth for Tuesday and the seat covers etc. that I washed.

So. I really will tell you about Lyon. Just not quite yet!

And one more bit of zentangle inspired art to show you - this one is for my sister's birthday card. She's 60 in a couple of weeks time. How did that happen?! I can't have a sister who's 60!